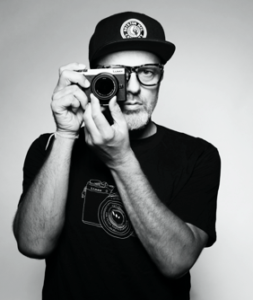 Kai Stuht specializes in photographing VIPs, celebrities and major figures in fashion. As photographer and

Creative Director, he is a widely acclaimed international trendsetter with his own unique style in editorial design.

Born in Hamburg in 1964, Kai Stuht began taking photographs in the 90s.
His photographic development went very quickly from action photography to the staging of athletes as „stars“ and
Portraits to worldwide fashion campaigns.

In 1999 Kai Stuht founded the creative agency Starshot for Photographie and conception, together with Tina Weisser.
From 2003 to 2009 Kai Stuht was publisher and chief editor of the magazine „USELESS –
Fashion Vs. Athletes“ and „The Red Flag“ magazine.
2008 admission to the renowned photo agency „Contour by Getty Images“ as the third German photographer.